Is Rural Non-Farm Employment an Obstacle to Increased Rice Production?

One of the major ways by which the gap between rice production and consumption in an economy can be bridged is through the expansion of land under cultivation and intensification on existing farmland (Laborte, 2012). In the case of rice in Nigeria, this can be achieved through the adoption of irrigation technology which, not only improves productivity, but allows for cultivation during each of the two distinct seasons. 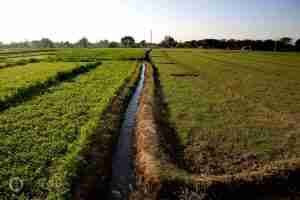 Fadama is the Hausa word for irrigable land that has features of both flood plains and inland valleys and are usually flooded during the rainy season. The traditional irrigated farming (Fadama system) is in practice in Kebbi State, particularly by the population living in low land areas underlined by shallow aquifers. The flooded land is basically used for growing a variety of crops including rice and small-scale irrigation. Even though dry season irrigated rice system offers the opportunity to intensify rice production to about two to three times a year, adoption of this system, especially by low income farmers, implies giving up their rural nonfarm employment in favor of dry season rice farming.

With the introduction of the World Bank Funded National Fadama Scheme in Nigeria, improvements have been made in the flooded plains of the savannah. These included the development of small irrigation pumps and shallow tube wells for small scale irrigation farming systems (SSIFS). Several facilities were provided to encourage investments and adoption of this technology by rice farmers in Nigeria. A major factor that seemed not to occupy the minds of policy makers is the important part that rural non-farm employment plays in the lives of these farmers. 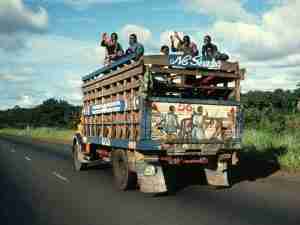 Temporal migration and non-farm employment have been shown to play major parts in the sustainability of agricultural production in Nigeria. Farm and nonfarm activities are generally conducted in sequence especially in countries like Nigeria that experience only one rainfall season per year. In most cases, dry season nonfarm income feeds into rainy season farm activities, which then provide cash for the next cycle of nonfarm activities (Reardon et al., 1994). The literature points to the fact that nonfarm earnings account for a considerable share of farm household income in rural Africa, typically more so than in other world regions.

Rural non-farm employment competes with agricultural production for labour which is an important input that also determines farmers’ adoption of irrigated rice production in Nigeria. In order to ensure the continued adoption and expansion of irrigated rice production areas in Nigeria therefore, it is essential that the patterns of off-farm employment engaged in by the rural farmers be studied with a view to finding strategies that could be employed in making irrigation system much more attractive than other activities that the farmers engage in besides its financial profitability.