The Upside of Flooding and Agriculture 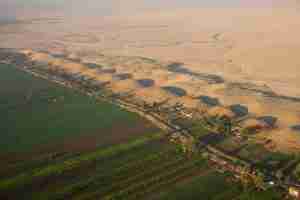 Floodplain agriculture is critical to survival and economic development in the rural areas of Sahel West Africa.
Source: commons.wikimedia.org

Agriculture in dry land areas is vulnerable to failure, this is due to erratic rainfall and desert encroachment, hence the use of Fadama (Low-lying seasonally flooded areas or floodplains) lands to compliment upland farming becomes vital. This is important, particularly where irrigation facilities are minimal or non-existent as found in Sahel West Africa. Fadama farming increases food security by serving as an alternative when rain fed crops fail and expands production in the off season i.e. during dry season. In this regard, floodplain agriculture is critical to survival and economic development in the rural areas of Sahel West Africa. Semi-arid Northern Nigeria, like the entire West African Sahel, is experiencing significant climatic and anthropogenic changes that have exacerbated the food insecurity in the region rendering poor rural households more vulnerable. Following widespread failure of large-scale irrigation projects throughout much of Sub-Saharan Africa, mainly because of sophistication and expertise, policy makers, stakeholders and donor agencies are increasingly convinced that the security offered by floodplains could become the basis for rural economic transformation and food security in semi-arid Africa.  Floodplains contribute significantly to domestic food production as over 50 million people in Africa directly practice and benefit from flood-based farming (CGIAR).

Whereas, rain-fed agriculture lasts about three months in the northern part of the country, floodplain (fadama) agriculture is practiced throughout the dry season, which may last from six to nine months. The floodplains support residual moisture agriculture at the end of the rainy season and small-scale irrigation during the dry season, thus providing opportunities for agricultural diversification not found in the uplands, and allowing for double, or even triple cropping annually. The fadamas are recognized for their potential productivity, especially during the dry season, and have attracted development funding from agencies such as the World Bank. Examples are the Fadama I, II and III projects in Yobe, Borno, Adamawa, Taraba, Benue, Bauchi states to mention but few.

Flood recession farming is a form of flood-based agriculture. Flood-based agriculture can also include spate irrigation or other water management systems that guides or stores water for irrigation. Flood recession agriculture uses the residual moisture of seasonally flooded lands when the floods recede. This form of agriculture is not uniform, various adjustments and techniques have been developed to optimize the yields of the areas that are prone to annual flooding. There are, however, some general features that are typical for flood recession agriculture systems. The annual flood that comes in the rainy season brings fertile sediment from the upper catchment. The flooded areas are often gently sloped floodplains or margins of lakes or wetlands where these sediments can settle. Organic material in the sediment acts as a natural fertilizer. The recession farmers do not have to add fertilizers and plots are suitable for continuous cropping without fallowing. The sedimentation of fine-grained material allows the development of clayey soils that have high water retention capacities. 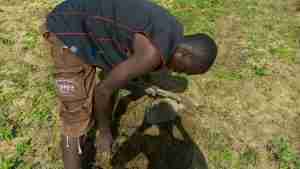 Flooding, no doubt, whether as a result of climate change or manmade as appears to be largely the case in Nigeria) wrecks lives causing deaths, displacements etc. Nonetheless, some positives observed in the chaos is continued farming activity by farmers in locations like Hadejia-Nguru- Jama’are in Jigawa, Yobe and Bauchi states. These farmers all utilise the floodplains for various agricultural activities. First, as floodwaters rise, rice is cultivated, in the second phase, as the water recedes, crops such as sorghum or cowpeas are planted. These crops can grow using only the residual moisture in the soil. Thirdly, crops such as tomatoes, onions and peppers are planted under irrigation in the dry season on the banks of rivers and where water lingers in the floodplain. During the flood of the fadamas they grow rice, which is 19.2 percent of the total agricultural benefit of the area. In the recession period cowpeas (often a more drought resistant variety with deep roots called ‘Dan Chadi’, meaning: from Chad), sweet potatoes and pumpkins are grown in the fadamas, thus increasing their income and ensuring food and nutrition security.